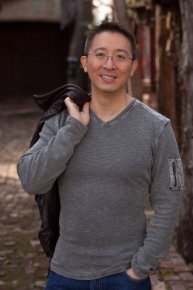 A review of Christopher Yuan‘s book. A copy of this book was graciously provided by Christopher for the purposes of this review. Thanks, Christopher!

Christopher’s book is certainly a page-turner. Co-written with his mother Angela, it details Christopher’s journey of repentance from rebellion against God to being reconciled to Christ by faith, orchestrated by difficult life experiences and a mother who spent her energies praying for Christopher and learning to love the Gospel. The format itself keeps the pages turning because Christopher and Angela speak in alternating chapters while on the same timeline, which creates a great deal of interest and forward motion to the story.

Christopher does an excellent job walking through the various time frames in which his story is set. When he’s describing the club scene, you can hear the bump of the music deafening you and see the people around. And you can feel the desperation of Angela as she prays for her son to know Christ as his sole sufficiency.

I certainly respect Christopher’s forthrightness in discussing the terrible life circumstances he’d walked into. Too often, as Christians, our views of sin are so terribly sanitized that we don’t really confront the ugliness of our own souls and how that bubbles out into social situations where the collective conscience has been seared and sin is comparatively unchecked. Yet, even as the story unfolds, one sees God’s hand intervening throughout, restraining the evil in Christopher’s life and preserving his life so that he would be brought to repentance and know the forgiveness of sins in Christ.

I would like to offer a brief caution to the person who reads this and does not struggle with same-sex attraction: this is Christopher and Angela’s story. Not everyone who is non-heterosexual in their orientation is a drug addict or an alcoholic. But the lack of the Gospel in Christopher’s life coupled with his long-time rejection of the Gospel certainly set him up for a great deal of sin and grief. 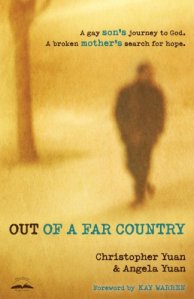 From a boyfriend who had him in a choke hold, to discovering he himself has AIDS, to taking drugs that caused him to desire sex more than food, Christopher relates the devastation of a life apart from Christ, one that hates anything to do with God, real or imagined.

At 219 pages (with an accompanying book discussion guide), I finished the book in a day or two. The book is engaging and encouraging to individuals and family members who struggle to see if God really still brings people in a tangible way to the sin-killing death and resurrection of His Son Jesus. Christopher and Angela’s story testifies not to the strength of family or to the reclamation of biblical morals, but to the work of Christ which causes hearts of stone to be hearts of flesh, sensitive to the call of Christ to repent and trust Him.

1 thought on “Out of a Far Country”