So what do I do now that the semester has finished?  Well, I’ve worked a little, relaxed a lot.  I have quite a collection of old jazz 78s which I’ve been recording to my computer so that I can listen to them on my iPod.  It’s a bit of a time-consuming dubbing process, one which involves sitting and listening to each recording, applying filters so that annoying high-pitched crackle goes away, using one’s ears to make sure it sounds good overall, saving the file, importing to iTunes, creating an mp3 copy, plugging in all the pertinent information, deleting the wave form (and its copy), and repeating the process for the next disc.  But one can’t be in a bad mood and listen to Dixieland (which is most of what I’ve been dubbing lately).

For those who care, I use a Crosley USB turntable which has 3 speeds.  I use an after-market needle to play the 78s because the standard stereo needle which comes with it just doesn’t seem like a great idea to play both 78s and long-playing (45 & 33 1/3) records.

In addition, I’ve gotten some feedback lately from various people who read the blog.  I’ve gotten everything from “I appreciate what God’s doing in your life” to “You need to leave the lifestyle and repent” and everything in between.  My goal is to be the type of man where I would listen to negative feedback and instead of dismissing it, I would consider it carefully to see if anything is valuable from it.  For example, even though I am not in the lifestyle, I do need to live a life of repentance.  Repentance isn’t just the doorway we get through to be reconciled to God…it’s that, for sure…but it’s also the path a Christian treads. 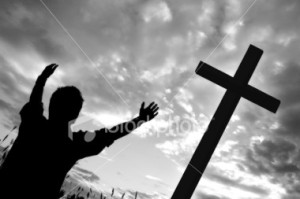 I know the words I use to describe my struggles aren’t ones that everyone would use.  I know that by articulating things the way I do, I lose a segment of the population.  But I also gain the ear of people who say, “Y’know, I’ve tried the thing where Jesus makes my life better if I surrender to Him” (as if full surrender is even possible for us…that’s GOT to be a work of the Spirit because sin is fun!), who are looking for true hope, not a “maybe things will be different by and by.”  The Gospel speaks to this struggle now…and it doesn’t always speak to removed temptation.  Rather, it speaks to all that because Christ was tempted, we have His faithfulness as our own…and because of that, we can honor and serve Him with works that line up with His Scripture…like dying to our desire to have sex.

It’s a tough desire to die to.  Sexuality is very much attached to being human, which is why in a Platonic system where the flesh is bad and the spirit is good, people get caught up in saying you can’t get married or you have someone like Origen castrating himself.  Perhaps I’ve offered extreme examples, but we do see the same kind of thing today.  People run in fear of their sexuality (straight or otherwise) because they see it as their enemy, the source of their temptation.

But thanks be to God! that while we were still sinners, Christ died for the ungodly.  Because of Christ’s perfect life, I can stand before God…and not only that, but He sanctifies me and it’s His Spirit within me, given as a result of my union with Him, that causes me to hate my sin.  It isn’t a three-step process that a pastor gave to me in a sermon…it is the assuring word that though I’ve sinned gravely, there is a Savior who loves me greatly…enough to die in my place.  That Savior speaks the word through His servant (the pastor) telling me my sins are indeed forgiven.

Lost in a labyrinth of sin
Long have we wandered to and fro
The wilderness has shut us in
And only faith the way can show
And only prayer can lend the clue
And guide our weary footsteps through.

Jesus, Thou sovereign Lord of all
The same through one eternal day
Attend Thy feeble followers’ call
And oh, instruct us how to pray:
Pour out the supplicating grace
And stir us up to seek Thy face.

1 thought on “Now that the semester has ended…”