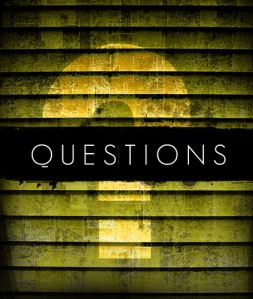 This morning, an Australian pastor I follow on Twitter asked me two questions about homosexuality because he’s going to be talking about it to his congregation. So I dashed off this email prior to hitting the gym this morning.

1. As a Christian who has same-sex attraction, what are some of your challenges that you face in your daily life?

Because of my orientation, I develop crushes on guys. This should be no surprise, since guys have crushes on and are attracted to girls all the time…and girls, the same with guys. Two things happen: internally, it’s hard to escape condemnation, especially when the guys I’m attracted to are godly men and that’s one of the reasons I like them in the first place. Externally, it’s difficult to be open about just the reality of the crush situation because I fear that it will push away men in my life who will fear that I’ll crush on them at some point, instead of trusting that I can sort it out in community and with God’s help in my sanctification.

I’ve been bullied by other Christians in a couple of ways. Once, I was slandered by a fellow church-member who thought that by telling the world on my mother’s facebook wall that I was a homosexual and that I’d lied to the elders in order to teach Sunday School and lead worship on Sunday mornings that somehow he’d scored a victory for the truth. The reality was that the elders had known I was gay but celibate and had allowed me to serve and lead because of my repentance. But since I’m not “out” everywhere on Facebook to all of my friends, it was hurtful. The man never did apologize and the elders didn’t take action. I left that church, of course.

I struggle a lot with loneliness. Married guys in American church culture tend not to want to hang out with single guys. I hear this a lot: “Aww, man, I can’t…my wife has this other thing planned…” Basically, what this means is that as the years go on, and if things don’t change in my orientation sufficiently to where I’d desire a wife, I will have very few people to spend time with. No one to eat with. No one to talk with. That might sound pretty extreme to some who might hear or read this, but it’s a fear I live with a lot because, at least here in the States, married guys in the Church go home at night, close the garage door behind them and don’t interact with the outside world. But what that means is that I’m excluded and far more likely to want to find a boyfriend…just so that I won’t be alone. So one way that the Church can really help in this area with believers is opening up their homes and inviting people, whether married or not, to have a meal. The key is ministry of loving community…not of pity or obligation.

2. Same sex marriage is a hot topic in Australia and it’s likely that it would be legalised. How should we respond as Christians?

Same sex marriage is tricky because we don’t have a category in Scripture for a same-sex union being called “marriage.” Right now, it’s a matter of voting in the States. Here’s how I look at it: it runs against the Gospel for me to endorse a move politically that perpetuates bondage of any sort. It’s not merciful for me to endorse same-sex marriage because of the long-term damage to the heart that occurs when sin is encouraged. So I vote against it.

When I speak against it, I do so lovingly and avoiding political rhetoric. If we’re not showing others the grace we’ve been shown in Christ, then we’ve already lost the person we’re trying to reach. The proponent of same-sex unions needs the same grace in Christ that we need, and it’s our job to winsomely and firmly disagree. We can disagree lovingly and using political rhetoric to subdue a “liberal faction” (at least, that’s how we’d term it here in the States) is counter-productive because we, as Christ’s representatives, aren’t here to make laws and bring about God’s kingdom. We’re here to build God’s kingdom through the proclamation of repentance and the forgiveness of sins in Christ (Luke 24:47). Our votes are not that declaration, but they flow from the hope of the Gospel. We don’t save people by voting. We preach the Gospel of Christ dying and rising for sinners and by that, they are saved.

Now, what do we do if these are people who come to our churches? What if they have kids they’ve adopted? These are complex questions, but people are more likely to receive news from people who care about them and who love them. So love them. Don’t exclude their kids from Vacation Bible School or Sunday School. Those kids need the Gospel too. And their parents? They need the Gospel. Welcome them. And let the Holy Spirit do what the Holy Spirit does when the Gospel is preached. The Word doesn’t return empty…it either makes alive or hardens. And then deal lovingly and patiently with the person who has either been made alive or hardened.

Speak truth in love, above all. If you don’t love them, then pray about that. Loveless truth is one reason why the American church has been in bed with the so-called “Religious Right” for years and then wonders why non-Christians think we’re intolerant and arrogant. The goal is not to “shut up.” The goal is to pray that Christians would love those to whom they are called. In this case, our neighbor is the partnered/married homosexual.

How do we love them when God hates this stuff? Some folks might ask this…but I usually ask, Doesn’t God hate lying? Murder? Haven’t you murdered your brother when you call him a fool, in contempt? Doesn’t God hate this? How often do you break His commands, even as a Christian? And didn’t He love you long before you ever loved Him? Even when you HATED Him?

I’m really caught between two worlds on this one. I have to remind myself often that my sins which are many, have been taken away by the One I hated but now love. When I realize that, it’s much easier to have those conversations with people who don’t love Christ. Because…I was one of those people and Christ saved me. So I’m no better.

6 thoughts on “Questions from a Pastor”